The 2015 China Trademark Festival will take place in Haikou City from October 17 to 19, 2015. As the festival was drawing near, China Trademark Association (or “CTA” for short) held the 5th meeting of its third council at Hainan International Convention and Exhibition Center. ".SHANGBIAO" (dot trademark in Chinese) Domain Registry attended the meeting as a council member at CTA's invitation. 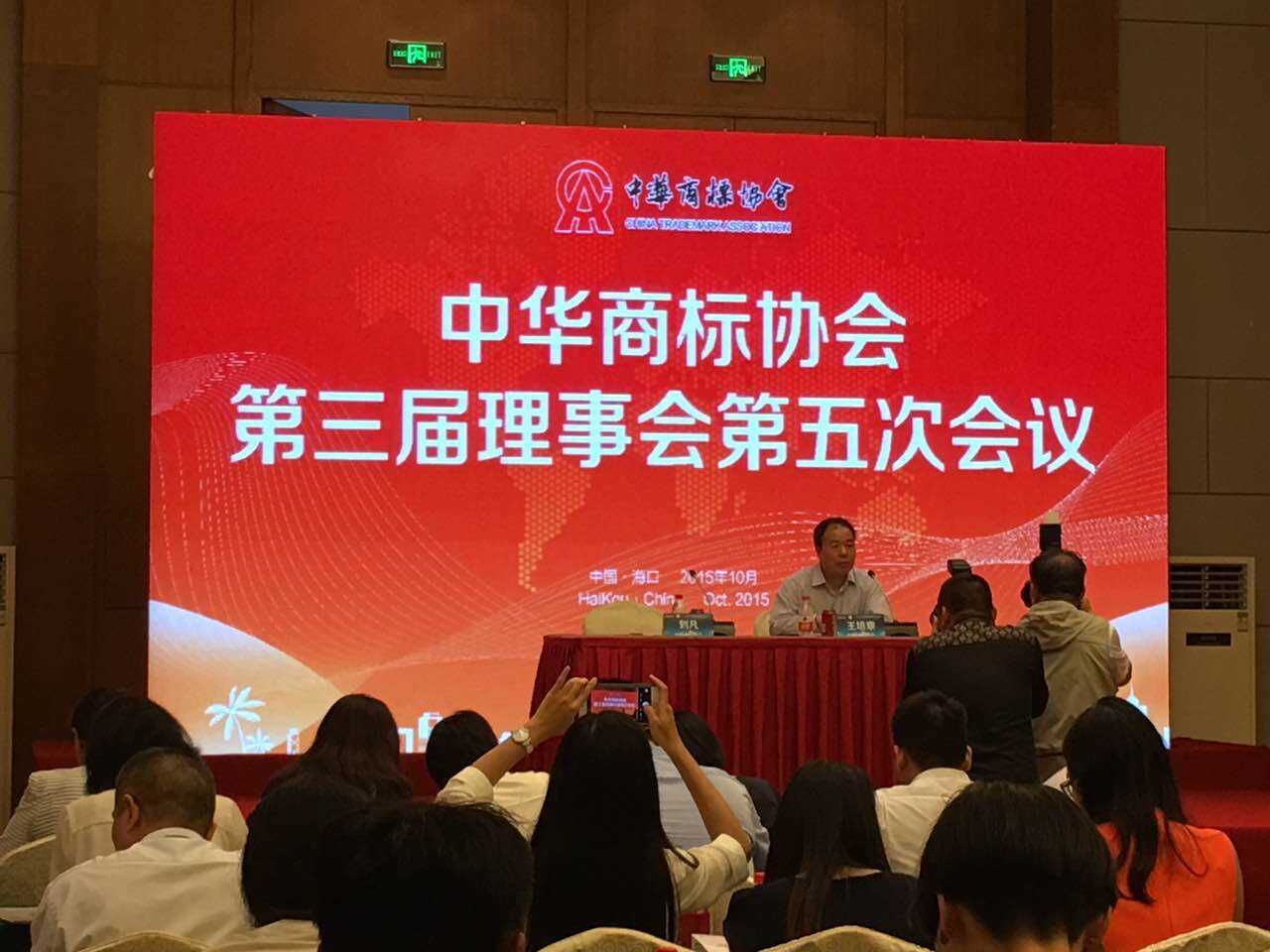 President Liu Fan of CTA delivered a report on the work the association had done in 2015 on behalf of his organization. Both the Central Committee of the Communist Party of China and the State Council have attached importance to work aimed at improving brand images in recent years, said President Liu. In fact, the Publicity Department of the Communist Party of China Central Committee has issued documents to urge Chinese organizations at all levels to intensify their efforts to improve the popularity of their brands, meaning improving brand popularity has been deemed an important part of the national strategy. Under orders from the State Administration for Industry & Commerce, CTA has been making every effort to urge Chinese businesses to improve the popularity of their trademarks, and CTA and Renmin University of China jointly established the China Trademark Research Institute in 2015. The establishment of the institute marked the birth in China of an open, compatible, professional, authoritative platform for academic research into trademarks. It is believed that the event has profound implications for all sorts of work concerned with trademarks, including deepening research into trademark theories and practices, improving the overall level of trademark research in China, and boosting the construction and development of Chinese trademarks internationalization. China Trademark Research Institute will focus its energy on such things as drawing up a full set of trademark value evaluation standards, choosing China's top 500 trademarks, evaluating the value of businesses by industry, and writing the annual "Report on the Development of China's Trademarks." 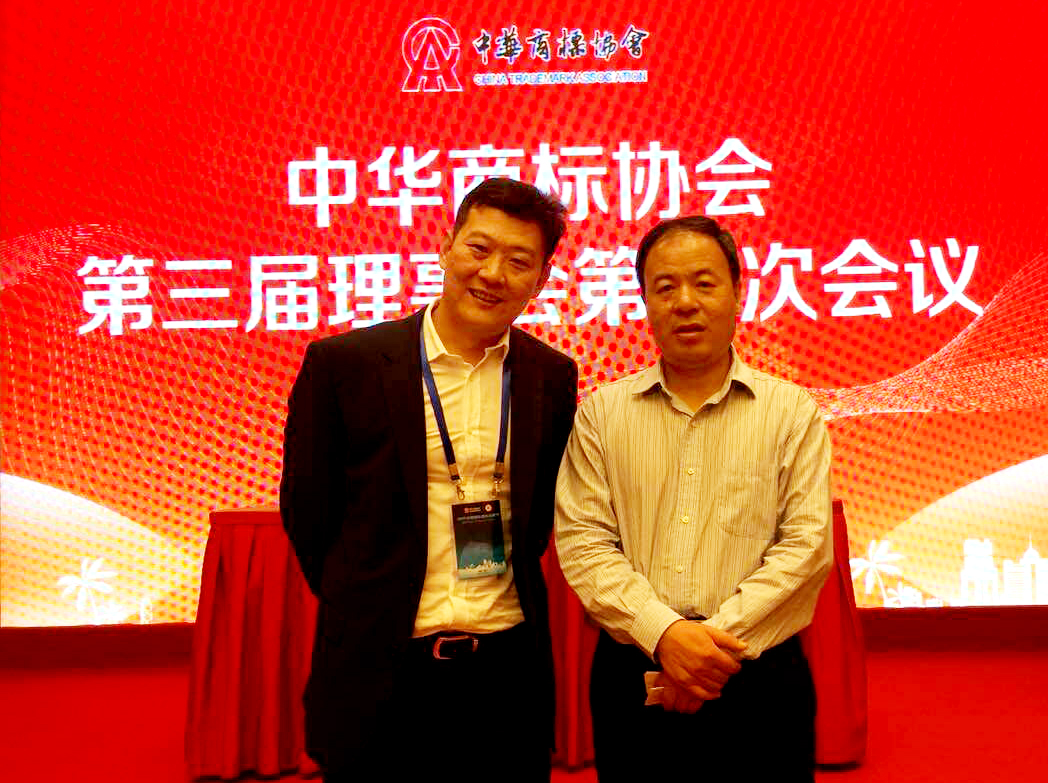 The meeting discussed and passed three reports, namely an annual report on the work of the CTA Council in 2015, a financial report for 2014, and a financial budget report for 2015. The meeting also voted to add more council members to the CTA Council. In view of the outstanding contributions made by the ".SHANGBIAO" top level domain in the area of intellectual property innovation against the background of the national strategy to develop the "Internet Plus" and intensify efforts to improve brand popularity at all levels, the meeting determined that the ".SHANGBIAO" Domain Registry, placed under the care of Global ShangYu Technology (Shenzhen) Co., Ltd., should have its status promoted to executive council member at CTA.

During discussions at the meeting, Wu Yangyi, Operating President of China Region of ".SHANGBIAO" Domain Registry, introduced to the CTA officials and representatives from other CTA Council members who were present the ".SHANGBIAO" top level domain's significance as an international top level domain certified and authorized by the Internet Corporation for Assigned Names and Numbers (ICANN) and reserved solely for trademarks to any effort by a holder of a trademark to build up its brand and improve its popularity on the Internet. President Wu also suggested on behalf of the Registry that visibility on the Internet be included as a factor to consider in the trademark value evaluation system, and expressed his organization's willingness to make contributions to the effort to build that system. President Liu congratulated ".SHANGBIAO" Domain Registry on successfully obtaining the ".SHANGBIAO" top level domain, a precious resource of the Internet, from ICANN, and expressed the hope that it would capitalize on the precious opportunities opened up by the national strategy to improve the popularity of Chinese trademarks and would make contributions to China's implementation of that strategy by properly popularizing and commercializing the domain. 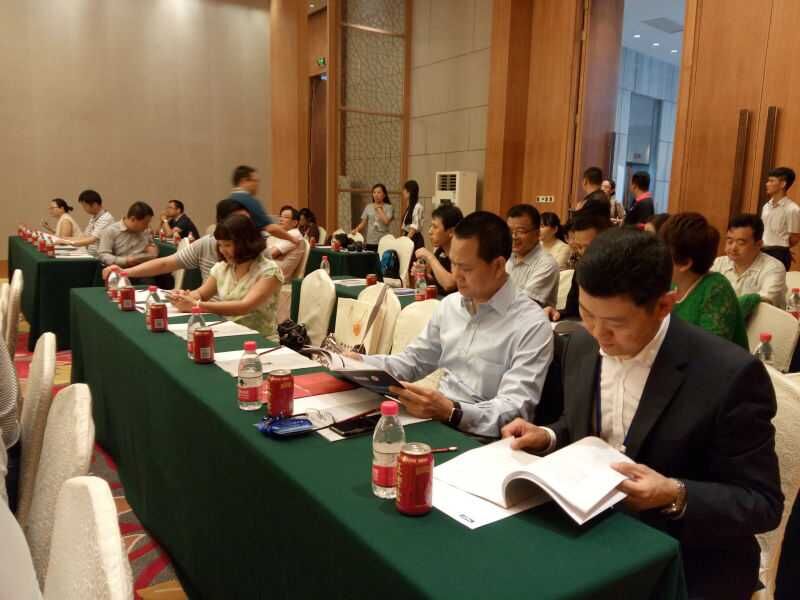